The Summer Olympics and British Israel 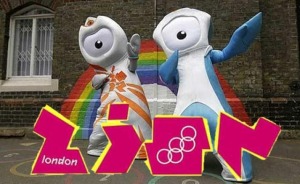 The agenda behind the London Olympics is coming into focus. It’s big, very big. What we are seeing is Satan’s deception known as British Israel

In listening to this radio show I was able to move the pieces of the puzzle around enough to see what is happening. This show gives tremendous insites into what is going on in London.

This is the Freemasonic Poem by William Blake that is the outline for what is taking place.

ND did those feet in ancient time
Walk upon England’s mountains green?
And was the holy Lamb of God
On England’s pleasant pastures seen?

And did the Countenance Divine
Shine forth upon our clouded hills?
And was Jerusalem builded here
Among these dark Satanic Mills?

I will not cease from mental fight,
Nor shall my sword sleep in my hand,
Till we have built Jerusalem
In England’s green and pleasant land.

What is happening is the deception outlined and exposed by this most profound prophetic work “The Union Jack” is manifesting. Satan’s kingdom on earth.

It’s all here and it all happened.

That’s as far as I can go right now. I just gave you the entire blueprint for Satan’s end run, his final push for complete control of planet earth. 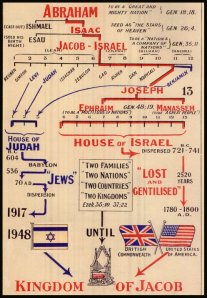 The signatures for the fulfillment of the British Israel Deception are everywhere in this Olympic event. What Satan has done is seperated the 2 sticks of Ezekiel 37. British Israel runs very deep, it is embedded in the Hebrew Roots Movement, Dispensationalism, Mormonism. The lost tribe doctrines are everywhere, they are all deception. The tribes were gathered at the cross and are now spiritual. The spirit of antichrist seeks to diminish the finish work of Christ.

Dan 7:8 I considered the horns, and, behold, there came up among them another little horn, before whom there were three of the first horns plucked up by the roots: and, behold, in this horn were eyes like the eyes of man, and a mouth speaking great things.

The “little horn” keeps us looking through the “eyes of a man” that’s the problem, we must see scripture through the eyes of God, spiritually.

1Co_2:14 But the natural man receiveth not the things of the Spirit of God: for they are foolishness unto him: neither can he know them, because they are spiritually discerned.

We must be redeemed from the earth to see.

Rev 14:3 And they sung as it were a new song before the throne, and before the four beasts, and the elders: and no man could learn that song but the hundred Wand forty and four thousand, which were redeemed from the earth.

Only those who are “redeemed from the earth” will have the saving faith God requires.

Mar_14:58 We heard him say, I will destroy this temple that is made with hands, and within three days I will build another made without hands.

The Temple made without hands.

1Pe 2:4 To whom coming, as unto a living stone, disallowed indeed of men, but chosen of God, and precious,
1Pe 2:5 Ye also, as lively stones, are built up a spiritual house, an holy priesthood, to offer up spiritual sacrifices, acceptable to God by Jesus Christ.
1Pe 2:6 Wherefore also it is contained in the scripture, Behold, I lay in Sion a chief corner stone, elect, precious: and he that believeth on him shall not be confounded.
1Pe 2:7 Unto you therefore which believe he is precious: but unto them which be disobedient, the stone which the builders disallowed, the same is made the head of the corner,
1Pe 2:8 And a stone of stumbling, and a rock of offence, even to them which stumble at the word, being disobedient: whereunto also they were appointed.

Isa 28:16 Therefore thus saith the Lord GOD, Behold, I lay in Zion for a foundation a stone, a tried stone, a precious corner stone, a sure foundation: he that believeth shall not make haste.

The 144,000 is a metaphor. It represents the followers of the Lord Jesus Christ, living sacrifices, lively stones, the regathered 12 tribes, spiritual tribes, built into the walls with the 12 Apostles as the foundation, x 1000 which is symbolic of the perfected saints all built with Jesus Christ as the chief corner stone.

This is Jerusalem above. The true Jerusalem of which Satan has counterfeited and swept the masses away by his flood.

Dan 9:26 And after threescore and two weeks shall Messiah be cut off, but not for himself: and the people of the prince that shall come shall destroy the city and the sanctuary; and the end thereof shall be with a flood, and unto the end of the war desolations are determined.

The flood is the deception out of the serpents mouth.

Rev 12:15 And the serpent cast out of his mouth water as a flood after the woman, that he might cause her to be carried away of the flood.

Rev 21:12 And had a wall great and high, and had twelve gates, and at the gates twelve angels, and names written thereon, which are the names of the twelve tribes of the children of Israel:
Rev 21:13 On the east three gates; on the north three gates; on the south three gates; and on the west three gates.
Rev 21:14 And the wall of the city had twelve foundations, and in them the names of the twelve apostles of the Lamb.
Rev 21:15 And he that talked with me had a golden reed to measure the city, and the gates thereof, and the wall thereof.
Rev 21:16 And the city lieth foursquare, and the length is as large as the breadth: and he measured the city with the reed, twelve thousand furlongs. The length and the breadth and the height of it are equal.
Rev 21:17 And he measured the wall thereof, an hundred and forty and four cubits, according to the measure of a man, that is, of the angel.
Rev 21:18 And the building of the wall of it was of jasper: and the city was pure gold, like unto clear glass.
Rev 21:19 And the foundations of the wall of the city were garnished with all manner of precious stones. The first foundation was jasper; the second, sapphire; the third, a chalcedony; the fourth, an emerald;
Rev 21:20 The fifth, sardonyx; the sixth, sardius; the seventh, chrysolite; the eighth, beryl; the ninth, a topaz; the tenth, a chrysoprasus; the eleventh, a jacinth; the twelfth, an amethyst.
Rev 21:21 And the twelve gates were twelve pearls; every several gate was of one pearl: and the street of the city was pure gold, as it were transparent glass.
Rev 21:22 And I saw no temple therein: for the Lord God Almighty and the Lamb are the temple of it.
Rev 21:23 And the city had no need of the sun, neither of the moon, to shine in it: for the glory of God did lighten it, and the Lamb is the light thereof.
Rev 21:24 And the nations of them which are saved shall walk in the light of it: and the kings of the earth do bring their glory and honour into it.
Rev 21:25 And the gates of it shall not be shut at all by day: for there shall be no night there.
Rev 21:26 And they shall bring the glory and honour of the nations into it.
Rev 21:27 And there shall in no wise enter into it any thing that defileth, neither whatsoever worketh abomination, or maketh a lie: but they which are written in the Lamb’s book of life.

With this said the “controversy of Zion” comes clearly into focus

Isa_34:8 For it is the day of the LORD’S vengeance, and the year of recompences for the controversy of Zion.

Member of the remnant body of Jesus Christ preaching the everlasting gospel in the last days of gross darkness
View all posts by cmardern →
This entry was posted in Chris Ardern, Doctrine, Uncategorized and tagged British Israel, London Olympics, New Jerusalem, Satan's Kingdom. Bookmark the permalink.